The UAE’s thriving hospitality industry, enjoying an impressive track record for its consistently high occupancy rates and sustained capacity expansion drive, is set for a new phase of exponential growth that is expected to catapult the Emirates to the ranks of the world’s most sought-after destinations for international visitors by 2020, when Dubai will be hosting the World Expo.

The UAE is already among the top five countries in the world for new hotel openings over the past five years. The hospitality industry in the UAE saw positive growth throughout the first 11 months of 2013. The UAE also has the longest pipeline of rooms under construction with an additional 32,107 rooms in the offing while the Middle East/Africa hotel development pipeline comprises 483 hotels totaling 117,450 rooms.

A report by STR Global on hospitality supply growth around the world reveals that only the US, China, the UK and India are ahead of the UAE. According to a forecast by Alpen Capital, hotel room supply in the UAE from 2012-2016 will increase by 5.3 per cent annually, taking the number from the current 96,992 hotel rooms to 125,383 rooms by 2016 in tandem with a surge in the influx of tourists. 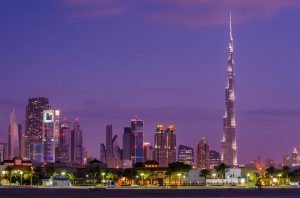 for hospitality, tourism and shopping, is the world’s biggest growing market outside of China since 2008 in terms of new hotel openings. The city has been named a top 10 global destination for business, leisure and shopping tourists, in a research exercise by Genesis Consulting ME. Hotels in Dubai exceeded the regional and national average and recorded a 9.9 per cent growth in ADR to $290.68.

The Construction Pipeline Report released by STR Global predicts that Dubai’s hotel room capacity will grow 28.6 per cent in 2013 with 17,409 rooms in the pipeline. Dubai has also been named a top 10 global destination for business, leisure and shopping tourists in a research exercise by Genesis Consulting ME. Alpen Capital said with tourist arrivals in the UAE  likely to grow at a compound annual growth rate of 5.3 per cent between 2012 and 2022, hotel supply is expected to increase at 5.3 per cent from 96,992 hotels in Dubai and Abu Dhabi to 125,383 hotels in 2016.

Saudi Arabia, India, the UK, USA, Russia, Kuwait, Germany, Oman, China and Iran made up the top 10 source markets for January to September 2013, mostly unchanged compared to 2012. A number of hotel properties are either under construction or in the planning stages in Dubai. Investors in new hotels will be granted a waiver on the fee for a period of four years from the date the permit to construct is granted and provided that this date is between October 1, 2013 and December 31, 2017.

Standard and Chartered said the Expo 2020 would have positive implications on three key parts of the economy: housing, infrastructure and hospitality. On the hospitality front, the authorities estimate that 25 million people are likely to visit the Expo, of which 70 per cent will come from outside the UAE. However, one key challenge for Dubai is to maintain tourist inflows afterwards to prevent an oversupplied hospitality sector.

NextUAE hospitality revenue forecast to reach $9.8 billion by 2020Next
Events

IEG: THE ARRIVAL IN SINGAPORE WITH STB AND THE ACQUISITION OF TWO NEW TRADE SHOWS FOR JEWELLERY AND FOOD

How can a club survive a two-years stop?

Live clubs, in Italy and elsewhere, are among the activities most affected by the pandemic emergency that plagued the world between 2020 and 2021. As we are writing, in Italy venues like the Lumiere are still forced to admit only 50% of the spectators they could accommodate. Not only that. What’s more, this 50% must...

Interview for Horeca International Olivier-Hicham Allard – Exhibition Director What is SIEL-HORECA Expo? What are its medium and long-term objectives? SIEL-HORECA is the International Exhibition of Equipment and Services for Hotels, Restaurants and Communities. This platform brings together in one place a large number of exhibitors who provide all the products and services that hotel,...